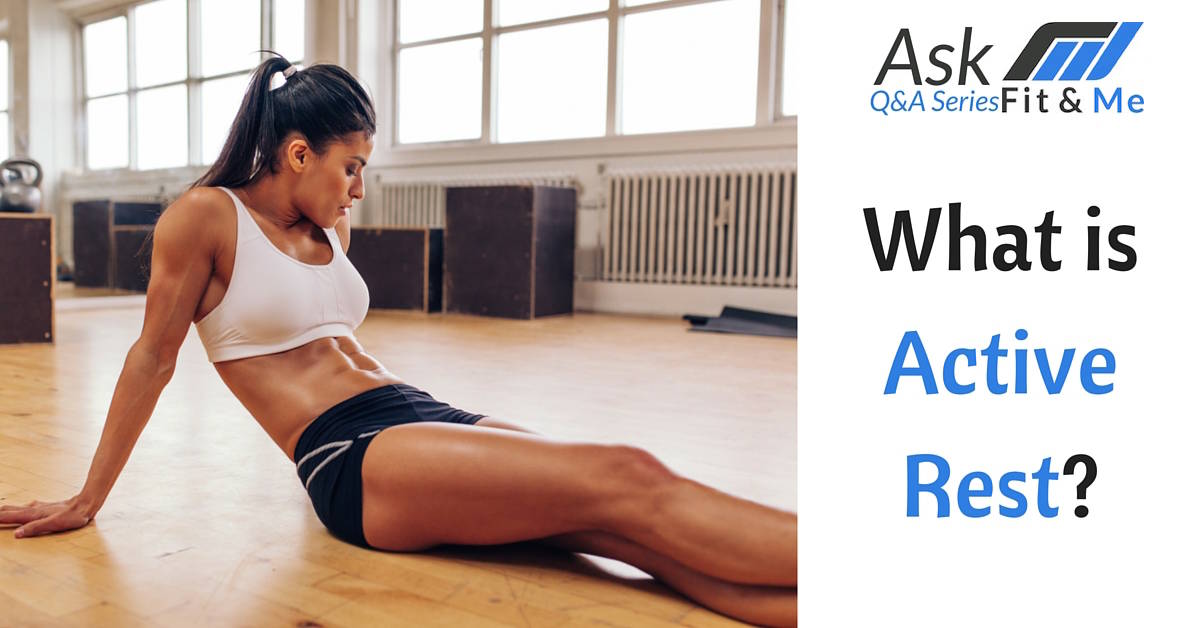 Ask Fit&Me is a Q&A series where we answer fitness-related questions frequently asked by our customers and followers. Do you have a question? You can submit it here.

A number of Fit&Me community members have been wanting to know what the concept of active rest is all about. As a result, we’ve done some in-depth research to find out, not only, what active rest is, but to help you decide if it is something you should be doing.

What is Active Rest?

There are three related but slightly different applications of active rest. Let’s consider them one at a time.

The first application relates to what you are doing during the rest period between the sets of an exercise. Rather than sitting and doing nothing between your sets, the idea is to actively assist your training progress. It involves doing one of the three following things:

Stretching: After completing a set that targets a specific muscle group, stretch the muscle that has just been targeted. You should also focus on stretching the muscles that are the tightest (source).

Hydrating: You should bring ﻿a water bottle to the gym. The general guidelines for exercising state that you should drink a cup of water for every 15-20 minutes of exercise (source).

Fine Tuning Form: During your rest period, you can be checking your form in the mirror to make sure that you are following the correct movement mechanics. Focus on isolating and activating the working muscle, moving it through complete range of motion.

What Are The Benefits of Active Rest? 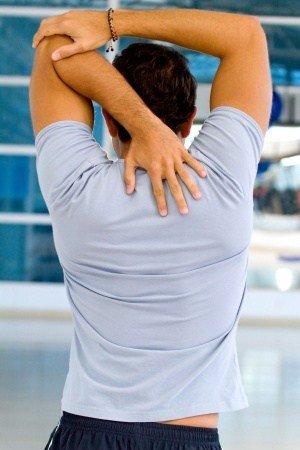 Active rest will allow you to recover more efficiently from the last set. Dynamic stretching between sets keeps the blood rushing to muscle tissue to provide an ongoing source of nutrients. It will also increase range of motion on the upcoming set (source).

The vast majority of people do not stretch either before, during or after their workout. As a result, they suffer from poor flexibility. By getting into the active rest stretching habit, you will be able to get in about 15 minutes of stretching throughout the course of your workout.

Dynamic stretching, where the muscles are stretched through a range of movement, has been shown to improve strength on the upcoming set. As well as allowing you to get more reps on the next set, you will have less post-workout muscle soreness the day after your workout (source).

When it comes to staying hydrated during your workout, keeping up your water intake is crucial to your performance. A number of studies have indicated that a 3-4% loss of body weight through water loss while training can reduce strength and increase risk of injury (source). 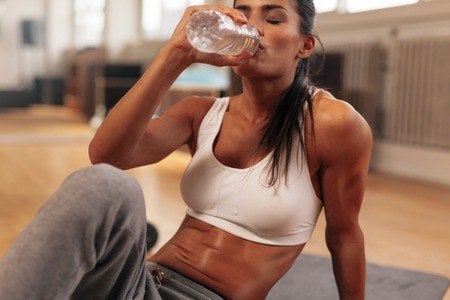 In a 2010 study, which was published in The European Journal of Applied Physiology, a group of experienced weight trainers were dehydrated by 3% before performing sets of bench press, lat pull-downs, overhead presses, and barbell curls to failure. After a two-minute rest period, they repeated the exercises. A second group was similarly dehydrated. However, during the rest period, they were allowed to drink water. The group who had consumed water during their rest period were able to perform significantly more repetitions (source).

When you fine tune your form immediately after performing a set, you are providing your body with instant feedback. This allows you to feel how a slight adjustment to a movement affects the working muscle differently. This on-the-spot correction is the best way to ensure that your form will be on point for the upcoming set. 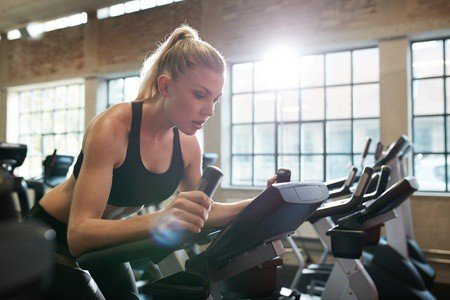 The type of exercise that could be performed during your rest after an exercise like the bench press is easy pedaling on an exercycle or slow jogging on a treadmill.

The rationale behind this application of active rest is that the levels of lactic acid in muscle cells can be lowered with the presence of oxygen. It is the build up of lactic acid that is the limiting factor in resistance exercise. So, by performing light aerobic exercise, more oxygen can be introduced, which will lower lactic acid levels and allow you to perform better on your next set (source).

The benefits of this type of active rest were demonstrated in a study. The study had two groups performing the bench press exercise. During the two minutes between sets, one group rode a bicycle ergometer at 45% VO2 max, while the other group had passive rest. The ergometer group had 10% more effective lactate clearance and produced 10% greater isometric force than the passive rest group (source).

Another benefit of light aerobic exercise between your working sets is that it keeps the muscle warm. Warm muscles have been seen to be more compliant, or workable, than ones that have cooled down. This allows them to produce greater force on the upcoming set (source). This suggests that performing light active rest cardio is especially beneficial on cold days.

The final application of active rest relates to the days that you are not exercising. On an active rest day, you perform a much lighter workout, which is fundamentally different to your normal program. The intensity is much lower and so is the volume. 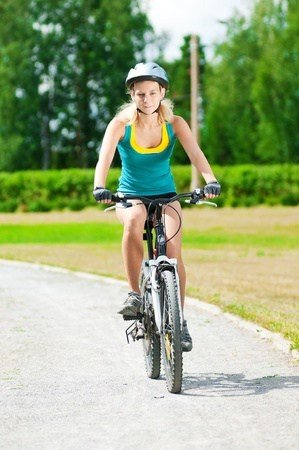 As an example of exercise on an active rest day, you might go for an easy bike ride around your local park on the day after your leg workout.

A major benefit of active as opposed to passive rest on your non-training day is that it lessens muscle soreness and speeds up the process of muscle cell repair (source).

Performing a low-intensity exercise session on a non-training day has also been shown to be a great way to release feel-good endorphins and neurotransmitters that promote mental well-being. The exerciser looks forward to the lighter training session and fully enjoys it (source).

Active rest, whether practiced during your workout or on your off day, is a time-productive way to enhance your training and help to ward off post-workout soreness. Many studies have proven that active rest makes sense.

Have you tried active rest yet? If so, let us know how it went for you. If you have any questions about how to implement active rest in your workout, be sure to let us know.

And if you found this information beneficial, share it with your training partners!

Welcome aboard!
Popular
Latest
Share via
Send this to a friend