Many people rave about the many benefits of running, but you may not actually know what those benefits are. Sure, running long distances can help you lose weight and increase overall athletic performance, but there is so much more than that. Long distance running is somewhat grueling and it is definitely not for the faint of heart, yet the benefits that you can reap from a sweat-inducing marathon are virtually endless. If you are interested in the many different benefits of long distance running on a regular basis, you should definitely give this a thorough read through!

Benefit #1: You Will Sleep Better 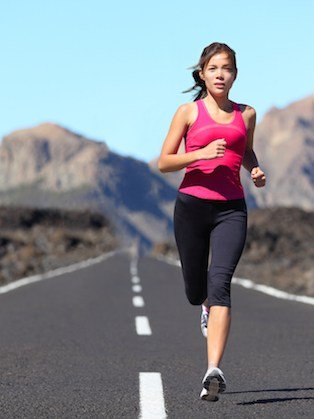 One really big benefit of going for a long run is that it will help you sleep better. A recent study of 51 people who were divided into a running group and control group had some interesting results. The running group went for 30-minute runs every morning during the weekdays for 3 weeks in a row and the test group performed no physical exercise.

It was found that the people who went for daily runs had vastly improved sleep patterns when compared to the control group. These people were able to fall asleep faster, they slept deeper, and they slept for longer periods of time without waking up. These same people also woke up in the morning feeling much more refreshed.

Generally speaking, the subjects of these experiments saw a vast increase in their ability to process information, follow instructions, and remember specific directions. This is great because people that work in a high-stress environment need to be able to follow directions to the tee and execute instructions in order to perform a specific job. As you can see, running can literally make you smarter and more in tune with the world, thus allowing you to perform daily tasks with ease.

The next great thing about long distance running is that it can help treat the symptoms of depression. There was a study done which pitted a group of runners against a group of people who rested for 30 minutes and they were then examined to see what their mood was like. All of the subjects suffered from major depressive disorders before the trial started, however not all of them continued on that way.

For the group that engaged in 30-minute runs over a prolonged period of time, it was shown that they had great short term depression relief. After the running, the participants were examined to see what their moods were like, specifically when compared to the group that did quiet resting instead of running.

The runners were shown to have more vigor and a greatly increased sense of well-being. Furthermore, it was also shown that regular running can be a pretty effective way of treating depression and other such disorders without anti-depressants or other forms of self-medication. If you suffer from depression, running might just be the cure to all of your woes. 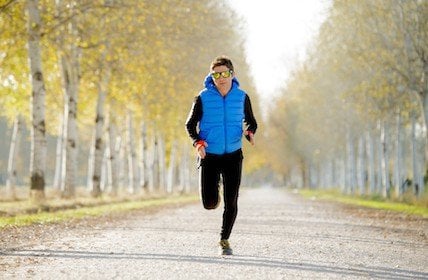 Not only can running treat depression, but it can also improve your general happiness, keep you calm, and decrease the effects of anxiety too. All of this has to do with something that is generally referred to as the runner’s high, a sense of elation, happiness, and calmness.

This sense of increased well-being is caused by 2 different things. Those things are endorphins and endocannabinoids and they go a long way in keeping us happy. On a side note, endocannabinoids are a natural version of THC which our brain produces, also known as the main substance in marijuana which gives people the giggles.

Both of those things are chemicals that our brain naturally produces and it is shown that prolonged exercise like long distance running causes our brains to produce more of those chemicals. The longer your run lasts, the more endorphins and endocannabinoids your brain pumps out, thus relieving stress, getting rid of anxiety, and giving you a sense of euphoria and happiness.

Furthermore, regular long distance running can also help treat stress and stress-induced depression by reducing certain chemicals in our bodies. Kynurenine is an amino acid that builds up in our blood and it’s linked to causing depression. Regular bouts of exercise such as running help to purge our blood of this depression-causing chemical, thus keeping us happy.

Usually, when you think of running you think of repeated impact to your knees, thus many people think that long distance running can do more harm than good. However, recent medical studies have shown that isn’t necessarily so. In another recent study done in regards to running and the effect it has on the knees, it was shown that running can actually decrease knee pain and help prevent degenerative joint diseases such as osteoarthritis.

Running is shown to be good for the knees because the constant aerobic activity forces oxygen to flush through your bones, joints, and ligaments, thus flushing out harmful bodily chemicals and toxins. Increased blood flow to the cartilage in your knees, the thing so susceptible to degradation, helps keep it healthy and reduces its deterioration.

Moreover, regular running helps to strengthen the ligaments which keep our knees in place, therefore reducing the chances and severity of knee pain. Running is also good for the knees because it keeps your body weight down, thus putting less pressure on your knees. 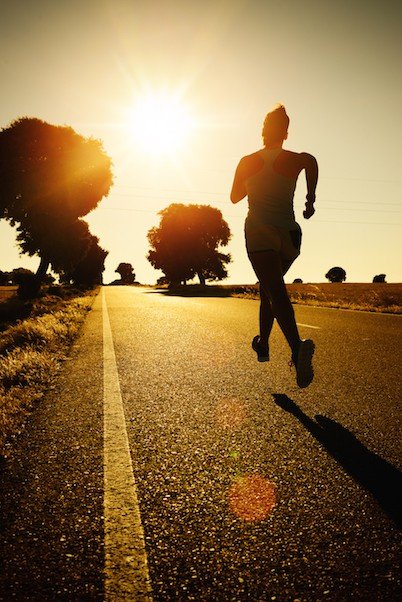 In our opinion, this is a huge benefit when it comes to long distance running, because after all nobody wants to die young, especially not from cancer. Recent studies have shown that men who exercise for at least 30 minutes per day have a 50 percent reduced chance of developing certain types of cancer and dying young.

Moreover, another recent study performed on runners and non-runners showed that runners have a far higher life expectancy than non-runners. A group of runners and non-runners was observed for 21 years after they had turned 50. It was found that after 19 years only 15 percent of runners had died of old age and on the other hand 34 percent of non-runners had already passed away from age. Running literally keeps you alive for longer! Moreover, it is shown that smokers can add up to 3 years to their lifespan and those with heart disease extended their lives by almost 5 years.

Granted this one is a little out there, but it is shown that men who engage successfully in long distance running have increased levels of testosterone in their bodies. Moreover, it is also shown that these runners have longer ring fingers than they do index fingers. This is often referred to as the masculine digit ratio and it is apparent in marathon runners.

It is shown that men who have a higher masculine digit ratio finish half marathons﻿ much faster than those who have a lower ratio. This higher level of testosterone not only makes runners run faster, but it also helps to increase sperm count and sex drive.

Therefore if you are having reproductive problems, some long distance running might just be the solution. This actually has a two-way effect because more testosterone means being a better runner and engaging in long runs produces more testosterone, thus forming a neat little cycle.

Another really interesting benefit of going for regular long distance runs is that it can help increase your ability to hear. To keep things simple, running helps boost your overall blood flow and circulation throughout your whole body. This means that more blood is flowing to your ears, thus increasing your hearing capabilities. This increased blood flow makes your eardrums function better and better able to pick up sounds at both high and low frequencies.

One big benefit that we have to mention when it comes to long distance running is that it helps you burn some serious calories. Long bouts of high-intensity running will burn away calories like almost nothing else can. So if you are looking to lose some weight or keep weight off in the future, some long runs will definitely help you with that.

Furthermore, long distance running also helps improve after burn, which is your body’s increased ability to keep burning a high number of calories after exercising. Moreover, physical activity like running also helps to boost your metabolism. The higher your metabolic rate is, the more calories your body can process, thus keeping those calories from being converted into body fat. 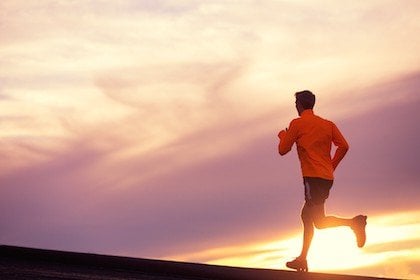 Another thing that is a big benefit in terms of long distance running is that it increases your musculoskeletal health, or in other words, the health of your bones. Weight-bearing exercises, those being exercises which force you to hold up your own weight, are shown to make your bones bigger and stronger.

This is because your bones function much in the same way as your muscles, and the more you train them, the stronger they get. The more weight you put on your bones, such as during a long distance run, the more bone mass your bones will produce. Therefore regular long distance running will force your bones to become denser, bigger, and stronger.

Running is also shown to be really good for your heart. Your heart is a muscle and the more you train it, the better it functions. Aerobic activity such as running is a fantastic way to train your heart because it has to function at an increased level to keep up with your exercising.

Over time this makes your heart stronger and more efficient. It is shown that people who engage in regular cardio like running have an increased ability to control blood pressure, thus reducing the risks of developing heart disease, artery disease, and things like heart attacks.

Having a more efficient heart also means that it has to work less to deliver the same amount of blood to your body, plus it helps increase circulation and deliver more blood. The more blood gets delivered to the various parts of your body, the better those parts function. Muscles need oxygen to function and your blood is what carries the oxygen to your muscles.

The benefits of long distance running are nothing to shrug at. Things like improved bone health, heart health, and increased hearing are just some of the many things that regular long runs can do for you. You may not be able to start with a really long run, but you can definitely work your way up to it.

Any questions or comments that you have about long distance running are more than welcome!